Blue Monday – supposedly the most depressing day of the year – is just around the corner, but it honestly isn’t as bad as the media may make it out to be. 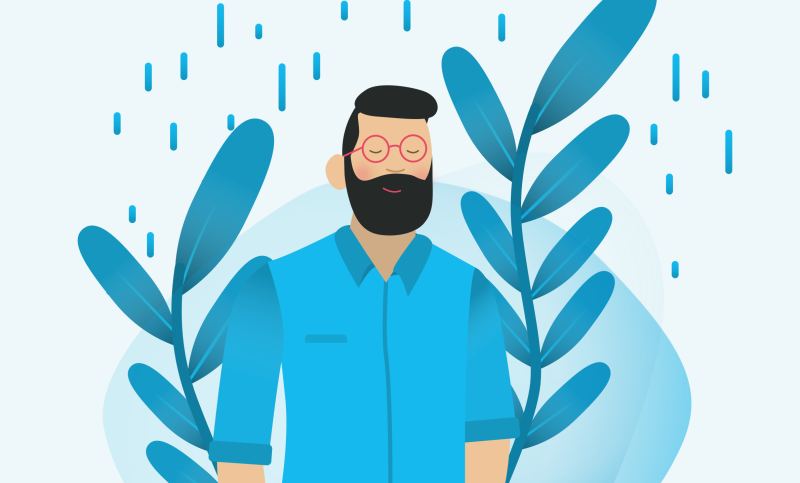 So, what makes it apparently so blue?

It’s January weather, credit card bills are due, you have the post-Christmas blues and perhaps the New Year’s resolutions starting to dwindle. This all culminates in ‘Blue Monday’.

This day, when bank statements hit, has been dubbed the most depressing day of the year. It falls on the third Monday in January, so for 2019 it falls on the 21st.

But we say forget feeling glum this Monday, we’re looking to have a bright year this year no matter what day it may be, so we’ve looked at some little things that you can do to lift your mood and start the year on the right foot.

It will save us all, we know that. We’ll always have plenty of reasons to spend the day in bed but with Netflix announcing they’re keeping on Friends there’s even more reason to get buried in your duvet.

If one is not enough, do not worry, more is coming. On 24th, for those who a like a bit of true crime there’s ‘Conversations with a Killer: The Ted Bundy Tapes’. As well as some blockbuster films on the way with ‘Hotel Transylvania 3: Summer Vacation’ coming soon, for some snuggly family time.

The sunlight is back!

The shortest day of the year – 21 December – is firmly behind us, which means it's getting lighter every day! So, with the early sunsets and dark evenings on their way out it's the perfect time to get outdoors and bask in some mood-enhancing natural light. Which brings us onto reason number three...

It's a great time to get out there

January is a great month to blow off the cobwebs – whether it's jogging, cycling or just walking. Exercise makes your body release endorphins, which help you to feel calmer and happier, and taking back control of your wellbeing and happiness sounds good to us!

A new year means awards season has begun – that time of year when you can pour over celebs' latest outfits, or just laugh at people tripping upstairs and generally embarrassing themselves. It also means a great time for film releases as they all gear up for nominations.

Forget the slimming diet and try the money diet

It’s the usual story, Jan 1st hits and you try to ditch all the bad habits and go cold turkey, quite often to no avail. Well, this year we’re saying forget about the extreme dieting and try something a little different.

Don’t be scared, detoxing your finances may be easier than you think and let’s face it the social calendar tends to be a bit lighter in January, making it an ideal time to cut back. One of our Neyber colleagues tried our 5:2 money diet and got more out of it than she expected. Get that accomplished feeling by trying the diet for yourself, you can find the ‘money diet’ plan on our Hub.

The January sales are the perfect time to look for discounts on any gizmos and gadgets you might need. You can still enjoy the occasional meals out as it’s a quiet time of year so lots of restaurant chains also have two-for-one offers to get you through the door – just sign up to a few email lists so you don't miss out.

You get your weekends back

December is such a busy a month that it can be nice just to have your time back again. You can now kick back in the knowledge that you’ve got all weekend to do the jobs you’re probably not going to do anyway. It’s a great feeling.

The next bank holiday is only 96 days away

Ok, it may seem quite a lot, but just like Christmas it will come around soon enough and from then on, it’s the start of the summer months. If you’re still feeling a little blue, blast some feel good tunes. Spotify has plenty of ‘Anti-Blue Monday’ playlists to get that frown upside down and in a great mood!

There are loads of ways to beat Blue Monday. If it's money that's worrying you, check out the following links for more inspiration:

The 5:2 diet but for your finances

How I paid off my debt using the Snowball Method