A simple guide to inheritance tax

Benjamin Franklin once said there were two certainties in life: death and taxes. Unfortunately, both collide head-on with the thorny subject of inheritance tax.

What is inheritance tax?

It’s tax that might need to be paid after you pass away, based on the value of your estate. Your ‘estate’ is the legal term for all property, possessions and money that you own at the time you pass away. Typically, this is paid by your executor, the person appointed to carry out the wishes set out in your will. Once this is done the remaining assets can be divided out.

The good news is that in many cases you might not have to pay tax at all, as there are several wide-ranging exceptions and extra allowances. However, many people in the middle class don’t get professional advice to make full use of these and end up paying proportionately more in inheritance tax than the wealthiest families.

When does inheritance tax apply?

You won’t pay inheritance tax if your estate is less than £325,000 (called the nil rate band). Anything above that will be taxed at 40%. 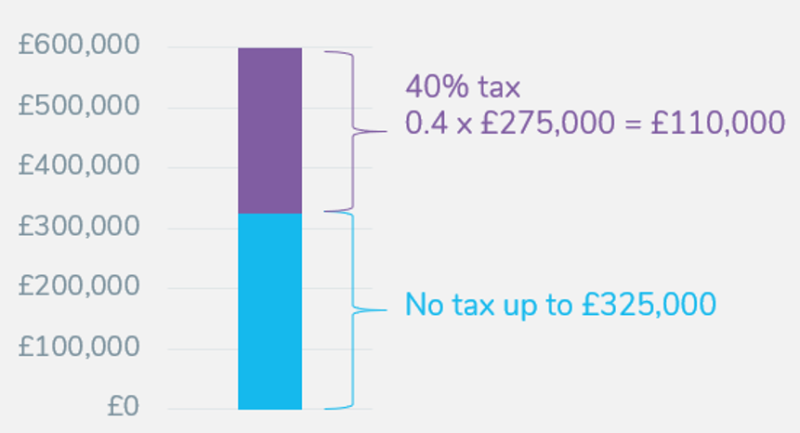 What if I’m married or in a civil partnership?

There is no inheritance tax to pay on property or money left to a spouse or civil partner, regardless of what they are worth. This means a widow or widower won’t have to pay any tax to pay if they are inheriting the family home or other investments or valuables following the death of their husband or wife.

If you’re in a long-term relationship but not married, you’re single in the eyes of the law. Old-fashioned, yes, but unfortunately the law moves slowly. That’s why it’s so important to write a will.

The nil rate band is also a ‘per person’ threshold, and if you don’t use your whole threshold you can pass the remainder on to your spouse or civil partner, so a couple could pass at least £650,000 to their children, tax-free.

There is also an additional allowance for those leaving a family home to children, stepchildren or grandchildren. This increases the nil rate band (for tax year 2020/21) to £500,000, meaning a couple can pass on total assets (if it includes a property) worth £1 million before their children are hit with a bill. 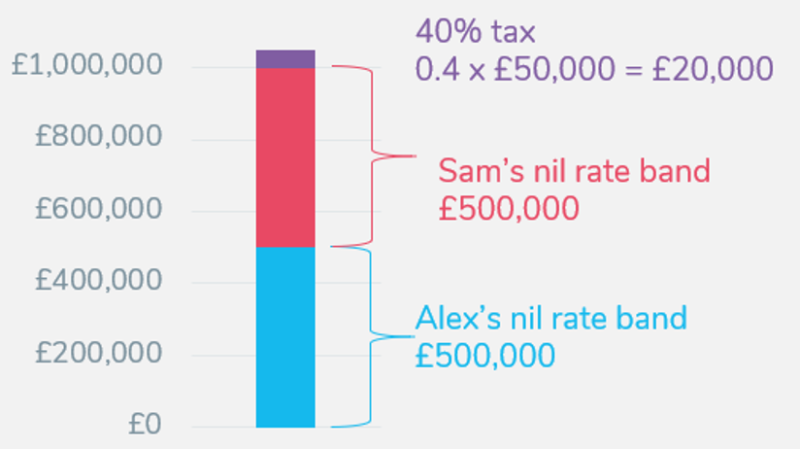 If you are concerned that your estate, or that of your parents, could face a large inheritance tax bill there are some extra steps that can be taken. Read our article: Nifty ways to cut your inheritance tax

Anyone concerned about inheritance tax should make sure they make a will; this legal document is also vitally important, even if you don’t think their estate will be liable to inheritance tax after they die.

Inheritance tax can be a complex area and it is best to seek legal and financial advice if you want full peace of mind.

#Inheritance
Related articles
InheritanceNifty ways to cut your inheritance tax
InheritanceWhat is Power of Attorney and should I start thinking about it?
Family life5 Tips On Teaching Your Kids About Money